The Senators (@Senators) will open the pre-season schedule when the team travels to Mile One Arena in St. John’s, N.L, to meet the Toronto Maple Leafs on Tuesday, Sept. 17.

Local fans will have a first opportunity to see the team play at home when the Senators host the Maple Leafs at Canadian Tire Centre on Wednesday, Sept. 18, at 7:30 p.m. The team will host its final home contest of the pre-season on Saturday, Sept. 21, against the Montreal Canadiens at 7:30 p.m.

Following its two home games, the team will travel to British Columbia to face the Vancouver Canucks on two occasions, the first of which will take place in Abbotsford, B.C. on Monday, Sept. 23, at the Abbotsford Centre, followed by a second on Wednesday, Sept. 25 at Vancouver’s Rogers Arena. The Senators conclude their pre-season schedule with a Saturday night matchup against the Canadiens at the Bell Centre in Montreal on Sept. 28.

To secure tickets to the game, sign up for season seats!

Check out all the exciting promotional and theme nights.

Tickets include $10 food and beverage for $35 when you buy four or more.

Celebrate in style with a suite night experience. 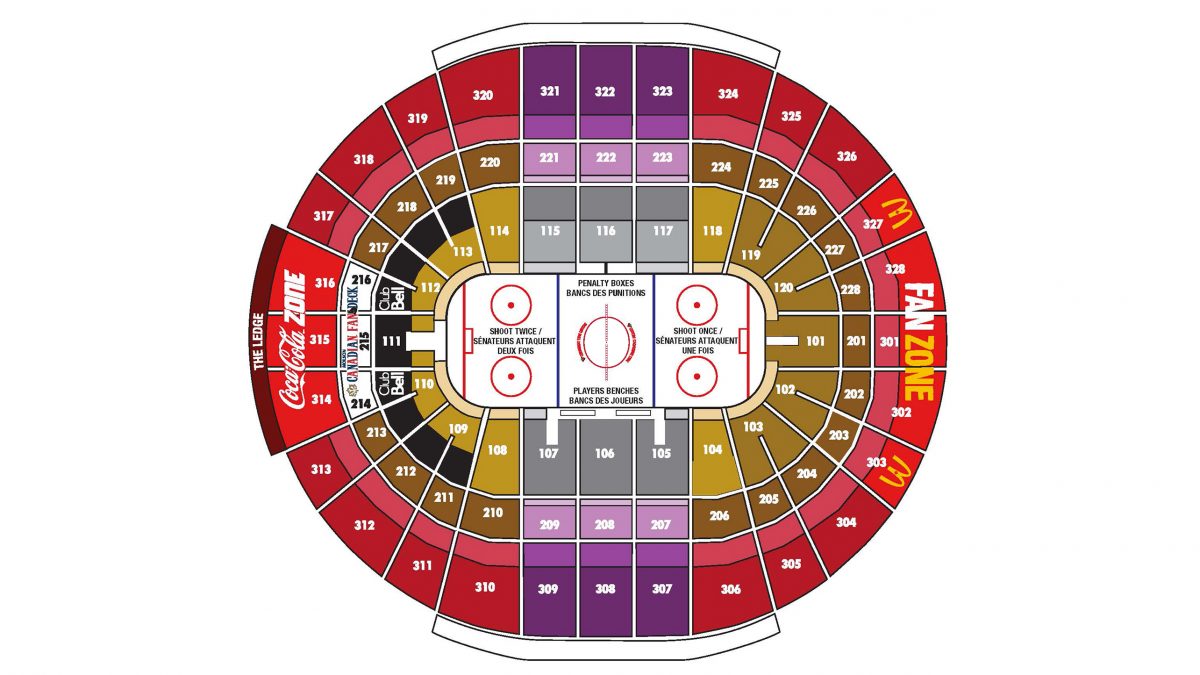